The Devastation of Aceh ~ A Survivor’s Story 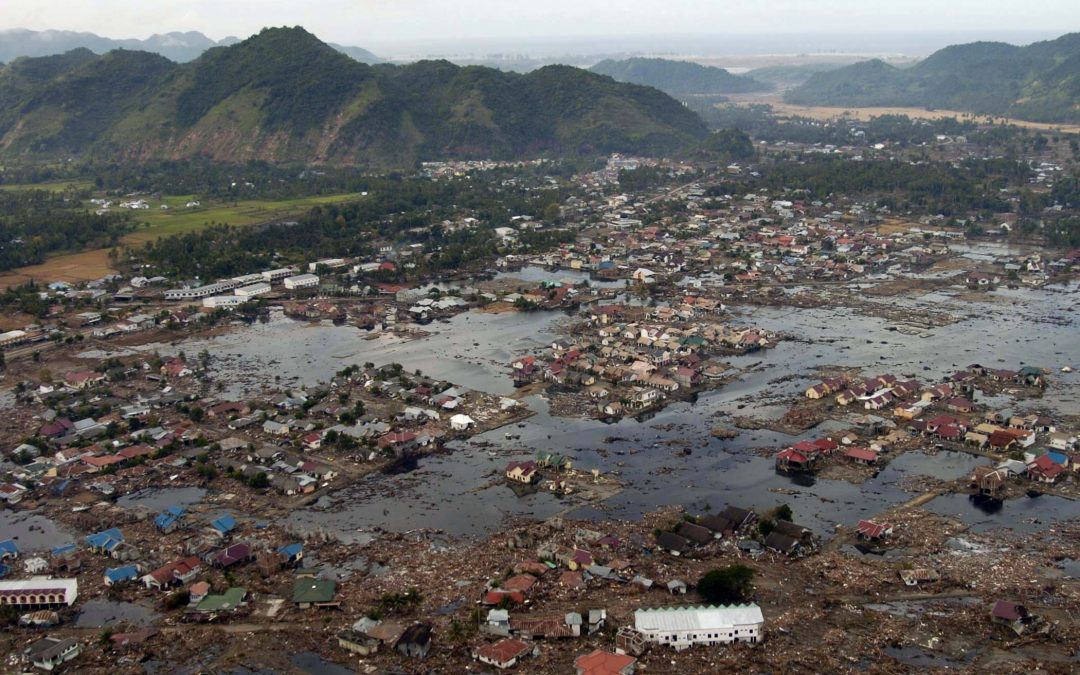 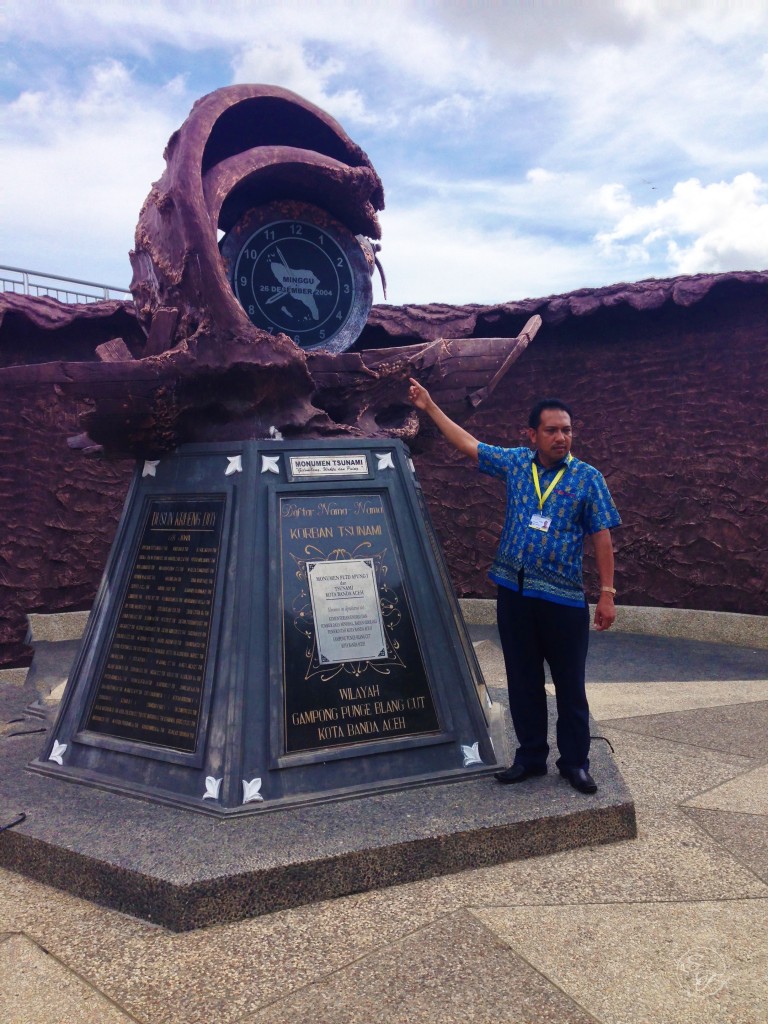 Mahlizar Zakaria points to a clock commemorating the time the tsunami hit.

Mahlizar Zakaria is an unassuming man who works hard for his family, loves his country, practices his faith, and helps his community. He is also a remarkable survivor. On December 26th, 2004 nature decided that it would inflict a blow on Aceh, Indonesia, Mahlizar’s home, the likes that has never been seen before or since.

On a morning not different from any other in his life, Mahlizar woke, had breakfast with his family, and was reading a book in the comfort of his home before starting his day. In an instant and with a roar that can only be likened to a freight train, an earthquake rocked his hometown of Aceh. It measured 9.1 on the Richter scale and shook Mahlizar’s house and neighborhood to its core. It didn’t last long and as Mahlizar and his neighbor inspected their houses, he said a prayer of thanks that they had made it through unharmed. It would not be his last prayer that day.

Mahlizar rejoined his family inside and together with his wife and 2 daughters began assessing the damage from the earthquake when he heard the sounds of panic from his neighbors and what he describes as a very low flying jet. He heard people yelling for everyone to run as the “waters were coming”. Mahlizar told his wife to take their daughters and quickly head to higher ground. Living about 5 km (3.1 miles) from the ocean he had expected a bit of flooding after the earthquake but still didn’t connect the sound he was hearing with what was actually coming. His wife gathered their daughters and begged him to join them but Mahlizar, being a modest man, wanted to change from his lounging sarong into more acceptable public attire. This hesitation would prove to be his first devastating mistake.

After changing into pants and a t-shirt Mahlizar left his house and climbed on his motorbike to meet his family. He took notice again of the incredibly loud noise that seemed to be increasing in volume. Just before he started his motorbike he glanced up at his house and noticed that he had forgotten to close and lock his front door. He jumped off the bike to secure his residence…mistake # 2.

Quickly hurrying to his bike he jumped on and tried to start it…nothing. Confused, he thought it might have misfired. After a couple of tries he realized that he had the wrong key. Quickly, he retrieved the right one…mistake #3.

Finally starting the bike he pulled onto the street in front of his house and noticed that something wasn’t right, the sky was darkening, there was a briny scent to the air, and the noise he’d been hearing was deafening. He glanced down the street and to his horror he witnessed a 20 to 30 m (65 to 100 ft.) wave barreling down on him, roiling with debris. He was momentarily struck with gripping fear. Coming to his senses he put his motorbike in gear and sped away as fast as he could. As he was making a turn the waters struck him with a force that threw him off his bike and swept him into the tops of nearby trees.

Dazed, confused, and shaking with fear Mahlizar clung to the tree tops praying he would have the strength to fight the raging waters and debris that battered his body.

To his horror the backwash of the wave was worse and it tore him out of the tree. He struggled to keep his head above the rushing waters, strong current, and massive amounts of wreckage. Just as he was sure he would drown he was thrown against something solid and with all that he had he threw his arms around it and held on for his life.

As he clung there he had to bear a barrage of rubble hitting his body. Pieces of houses, furniture, cars, garbage, and to his horror dead animals and people rushed by. It struck him then, as he shivered with fear and cold, that his wife and daughters where surely gone and a wave of sorrow struck him harder than the waters had. He prayed they did not suffer.

Whether it was the sorrow of all that he lost, his strength leaving him, or the knowledge that he might likely die, Mahlizar could hold on no longer. Just as he was about to let go he saw the peak of a wooden house floating towards him. Mustering up what little strength he had left, he swam to it and was able to pull himself up and sit for the first time in what seemed like hours.

Gathering his wits and getting a much-needed reprieve for his weary arms and legs he sensed that the house below him wouldn’t last much longer. It swayed, bowed, and creaked as the waters rushed around and through it and Mahlizar feared he would soon be back in the deadly waters. Just as the terror of drowning started to consume him the house crashed into something solid and stuck. Shaken, Mahlizar saw, to his great relief, that the wooden house was wedged on a more stable concrete one. He leapt to its peak and there found salvation. 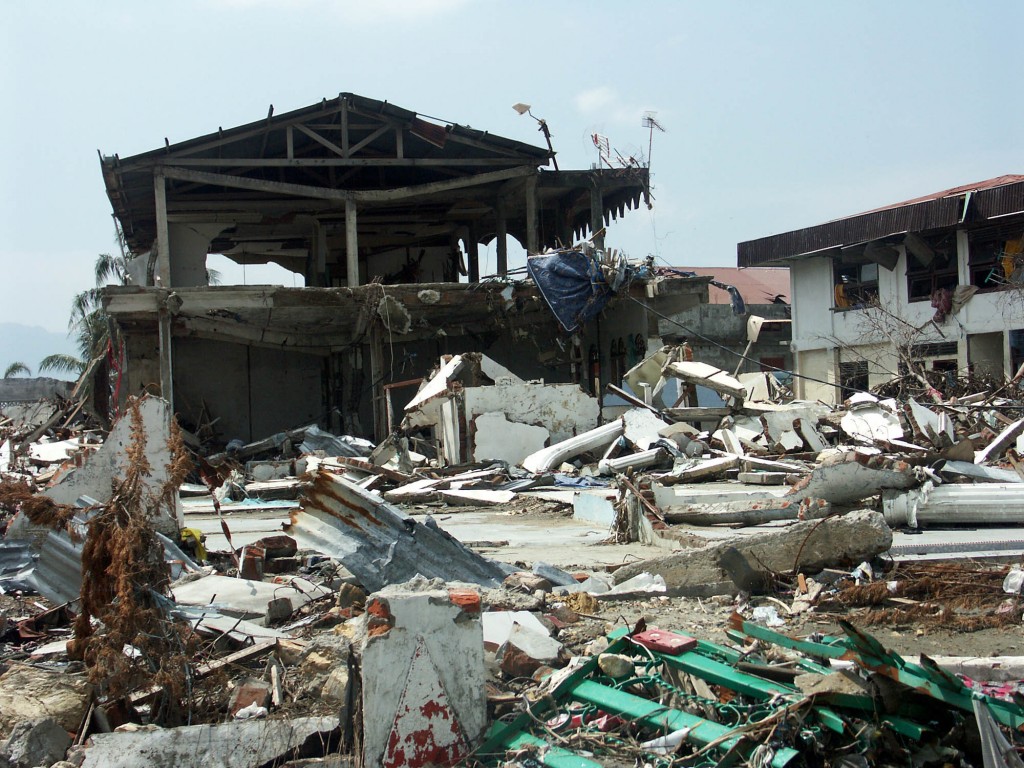 More than 140,000 people lost there lives or were lost to the tsunami

After what he guesses was an hour the waters slowly receded. Hearing voices Mahlizar called out and to his relief he heard two men call up to him. They helped him down and that’s when the full impact of what happened hit him. They were standing on dozens of feet of broken houses, stores, cars, motorbikes, and household wreckage. Animal carcasses where quickly bloating and to his dismay he could see dozens and dozens of men, women, and children’s bodies everywhere. He again felt the physical pain of his sorrow, the loss of his family threatening to overcome him.

The small group grew as they moved and more survivors joined them. They made their way slowly through the heaps of rubble to higher ground and where they knew help would be. During this heartbreaking trek he met up with his neighbor; a small bright spot in this tragic day. On seeing him his neighbor excitedly yelled, “Mahlizar, your family is alive! They have survived, they are safe at higher ground!” Stunned, Mahlizar was conflicted, should he dare to believe what he was being told? Should he hope against hope that this news was true? How? How had they survived? The neighbor explained that as his family ran for higher ground a man driving a truck on the road stopped and scooped them up into the truck bed along with other women and children and brought them to safety. His neighbor had seen them at the survivor’s camp. Mahlizar was elated. His sorrow lifted, he cared not for his house and personal belongings that had been snatched away from him by nature’s thief, for those things could be replaced, his family was safe and that’s all that mattered. He thanked God for his blessing. 12 hours later he was reunited with his family and together they began the long, arduous process of rebuilding their lives.

As Mahlizar told me his story his pain and fear were palpable and my heart hurt for him. At first I felt like an intruder, selfish for being fascinated by his story; ashamed that I had made him repeat the most horrible time in his life. But he explained to me that he was happy to share his story; proud of what Aceh and her people had done to rebuild, to make their lives even better.

Mahlizar and the people of Aceh are grateful for the global outreach they received that helped them rebuild. They have turned a devastated, barren city into a place of peace, beauty, and pride.

I was struck by the love and acceptance the people of Aceh showed me. They are a proud people who are eager to share their stories and city with the world. If you get a chance, go to Aceh. Enjoy their city, activities, beautiful people, and wonderful food. Embrace their spirit of love and light! Their motto…Seeing is believing and believing is love!

I want to personally thank Mahlizar for sharing his incredible story with me. For showing me Aceh and its beautiful people and for welcoming the world to his home! 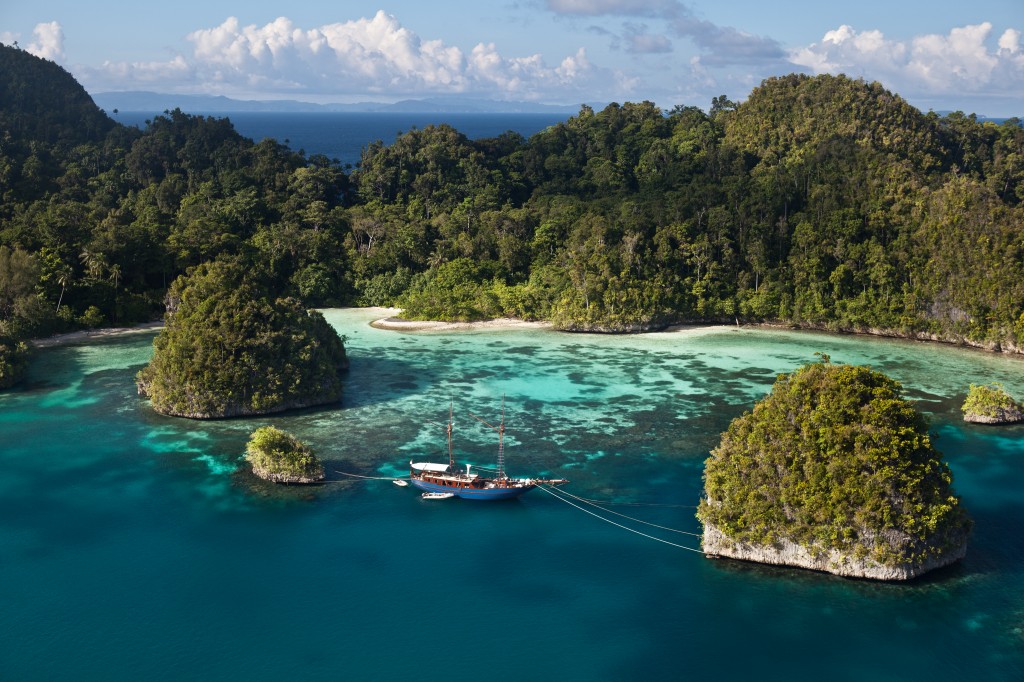