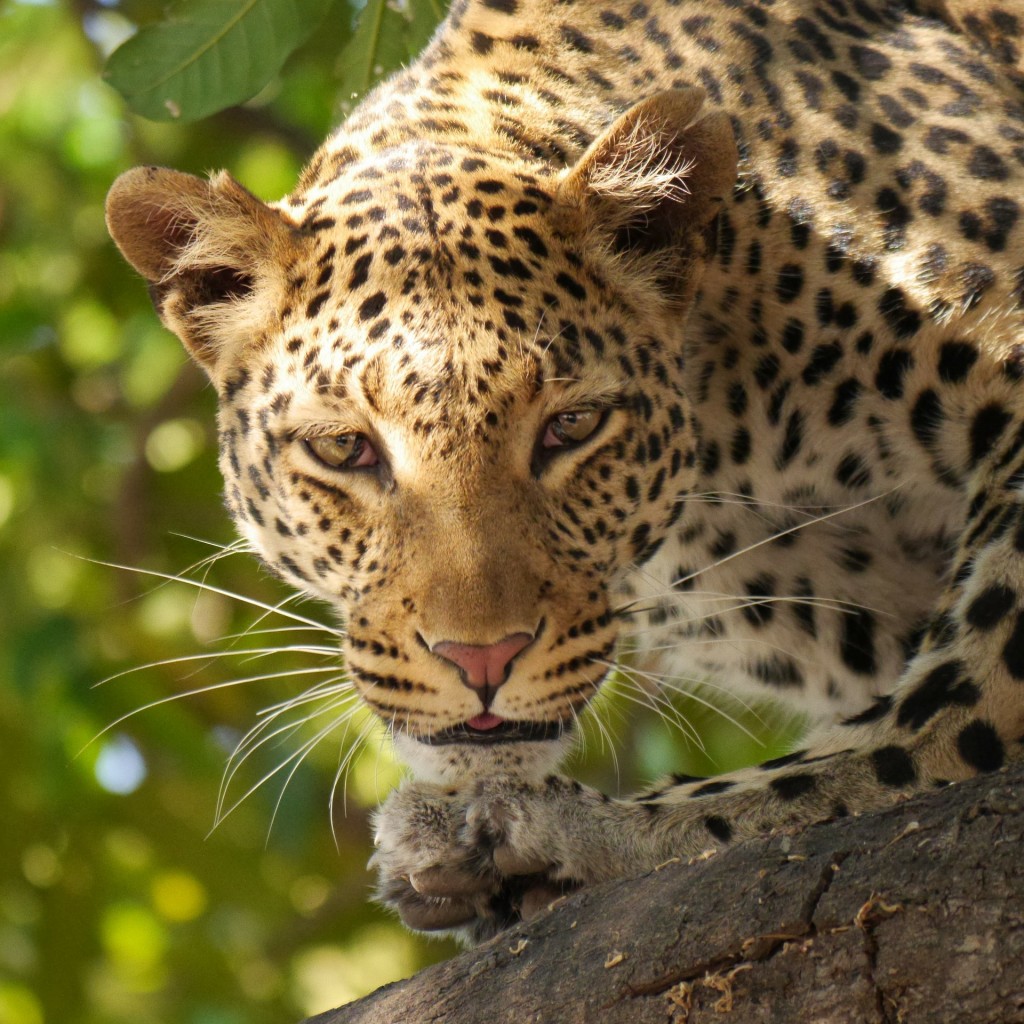 One of the highlights of traveling for me are the animals that I encounter. My greatest experience so far was the safaris that I took daily while visiting South Africa. I was lucky enough to see the Big 5. Enjoy this week’s installment of snapshot Monday ~ Leopards.

These beautiful creatures belong to the big cat family and are one of the big five animals of Africa. Found in Africa, Asia, China, and India, Leopards are magnificent creatures that live mostly in trees. They are extremely adaptable and can live in a variety of different terrains although they prefer rocky terrain for easy hiding and camouflage.

Clever and known as the strongest of the big cats, they often drag their kills into trees to eat and store, out of reach of animals like Hyena’s who might scavenge it. Endangered, these majestic cats can hunt on the ground and from trees. They also love the water and are often seen swimming and fishing or catching crabs to eat. Not requiring much water they get most of their moisture from the food they eat. They can run up to 36 miles an hour and can jump over 19 feet.

Giving birth to two or three cubs, the Leopard has no set time of year to reproduce. Cubs live with their mother for two years. Once they reach maturity and can hunt for themselves they leave their mother and siblings and live relatively solitary lives. Sometimes males will stick and hunt together until it’s time to mate.

Active mostly at night they spend most of the day sleeping or grooming. They have large territories with male territories being larger than females and often overlap. Leopards usually only accept invasion into each others terrains for mating. They mark their territories with urine and leave claw marks on trees in an attempt to warn other Leopards they have entered into the wrong area.

Much like domesticated cats, leopards growl when they’re angry or scared and purr when happy. They have many ways of communicating like a loud rasping cough that announces their presence to other leopards.

I hope you enjoyed this week’s installment of Snapshot Monday ~ Leopards.