Key West is an island located between Cuba and the rest of the Florida Keys but the city district spills over to some of the adjacent isles. Enjoy this week’s installment of Snapshot Monday ~ Key West. 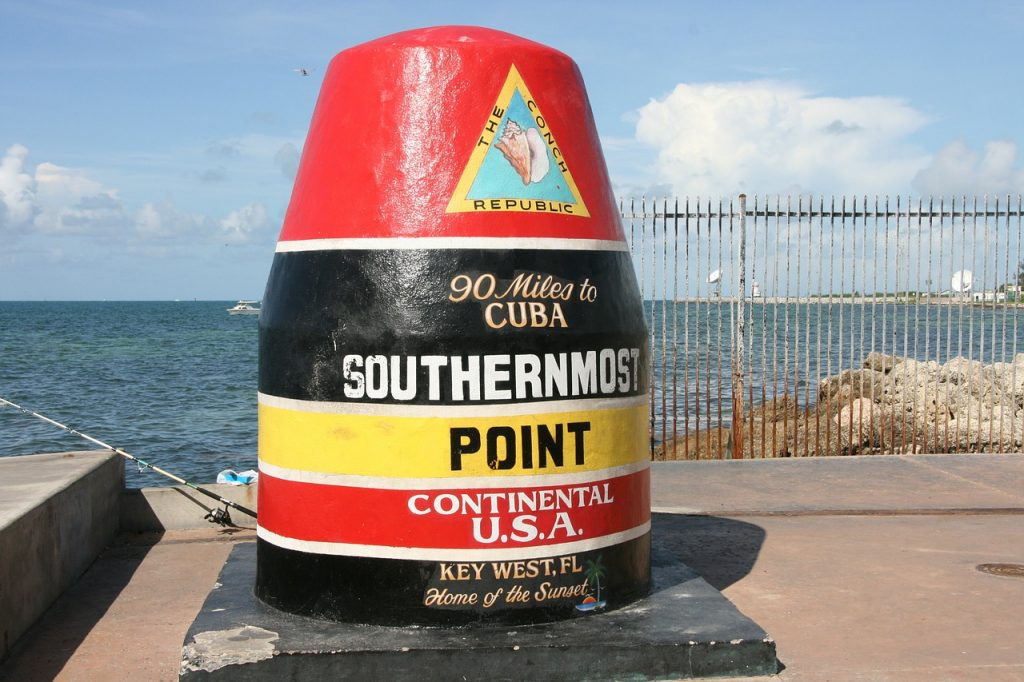 Known as the Southernmost point of the United Stated, Key West was originally used as a burial ground of sorts by the indigenous people prior to the arrival of the Spanish.

Key West was originally known as Casa Hueso, a term which literally translates to ‘Bone Cay’. Ownership was in dispute for some time because it was located in a spot that was conveniently near some of the main shipping lanes that were in use then.

Despite the Confederate sympathies of the locals and the fact Florida itself succeeded from the United States during the American Civil War, Key West remained in Union control largely due to the presence of a naval base on the island. (This military space had been initially established to protect sailing vessels from pirates during their heyday.)

Confederate prisoners were sometimes interred at the nearby Fort Jefferson, where construction had begun several decades earlier. But all that is in the past.

Part of the appeal of visiting Key West is that the weather in the town does not fluctuate much. Temperatures here generally stay about 80 degrees Fahrenheit no matter what month it is. Due to the area’s tropical dual-season climate, the best time to visit is between November and April when the chances of encountering a thunderstorm are less likely.

Travelers to this part of the U.S. will be happy to learn that during the wet season, the heavy morning showers quickly give way to intense sunshine. Hurricanes are occasionally a problem, so travelers are advised to avoid scheduling their visit between mid-August and mid-September when the chances of encountering a tropical storm are higher than average.

Sites that are popular with Key West visitors include the Shipwreck Museum, the Ernest Hemmingway House with its six-toed cats, the West Martello Tower, and the Key West Butterfly and Nature Conservatory. Of course, the giant buoy that marks the southernmost point remains a beloved spot for taking photographs.

Serviceable beaches can be found in the nearby area but travelers might want to spend a bit more to reach some of the nicer spots that can be found elsewhere. For instance, making an excursion to the Dry Tortugas National Park is an excellent, albeit pricey, way to get away from the city crowds as well as have access to a nice, somewhat empty stretch of shoreline.

The easiest way to get to Key West is by flying directly into the nearby airport (EYW). Travelers can also land in Miami or Fort Lauderdale and rent a car to take them the rest of the way. Buses even run from these cities out to the Florida Keys so travelers that don’t want to drive themselves can easily hop aboard to get to their preferred destination.

Key West is definitely a destination worth the trip. It remains one of my favorite destinations in Florida and I recommend a visit. So that’s this week’s installment of Snapshot Monday ~ Key West now get out your planner and make it your next destination!