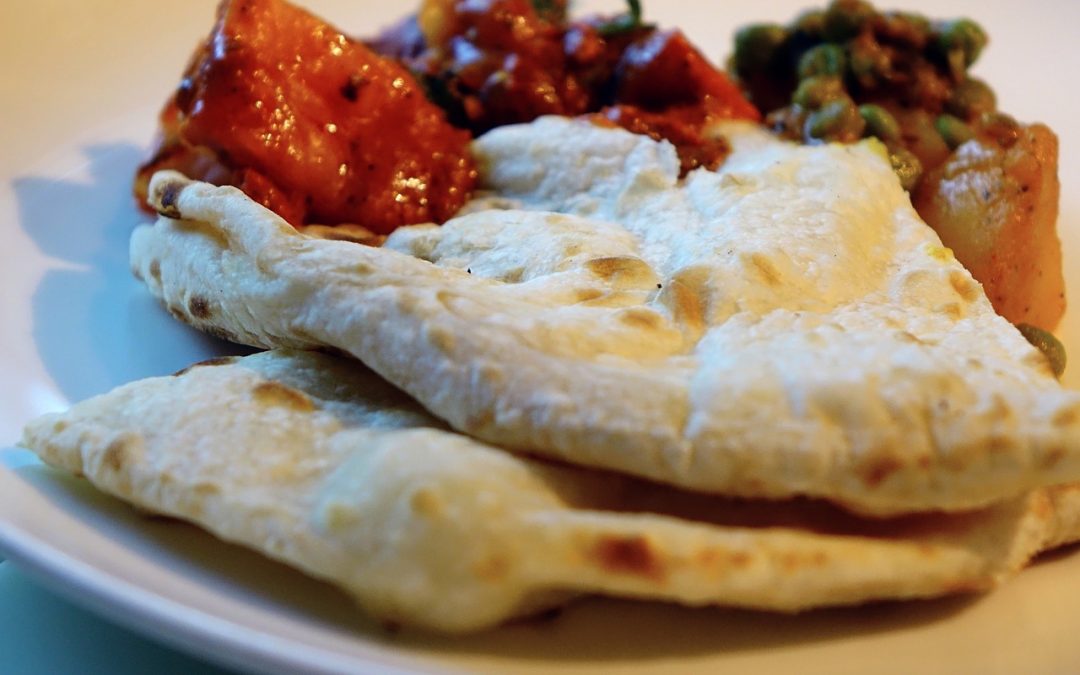 Bread is an important culinary staple throughout the world. The wholesome grains that form the basis of most loaves have been part of our diets since the dawn of cultivation so it is no surprise that these nutritious items continue to take up such a large role in modern cuisine.This week’s installment of Gastronome Wednesday ~ Naan explores a different variety. 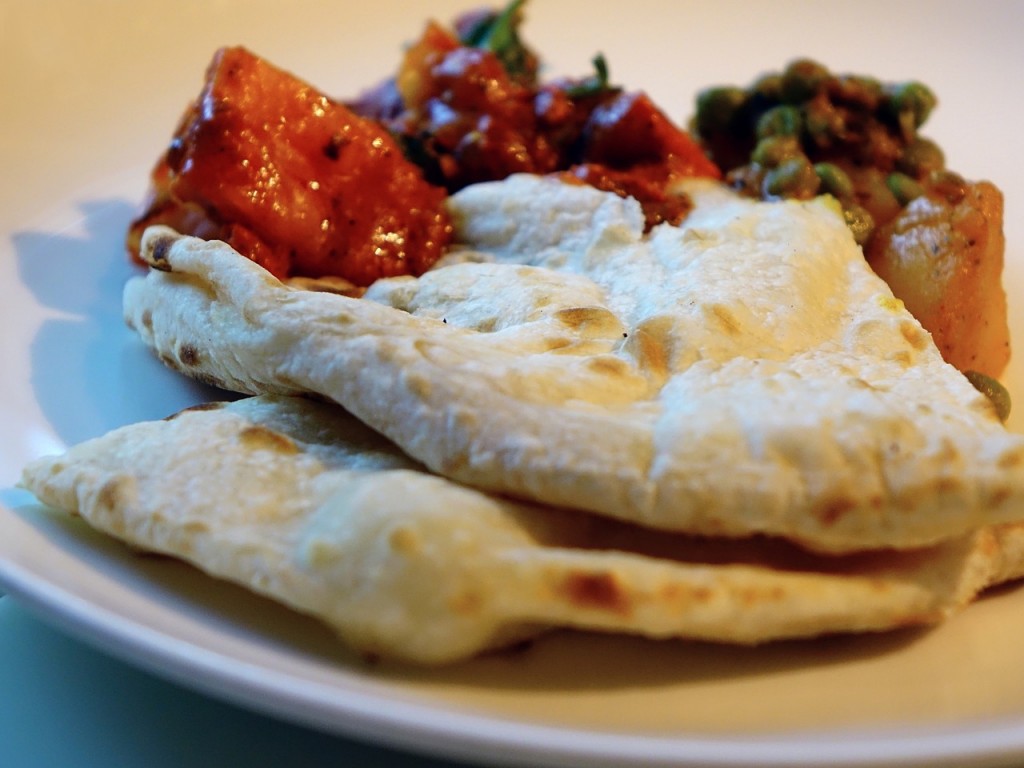 In earlier eras transportation wasn’t as simple or quick as it is today. The people living in different regions subsequently had to make the most of local resources in order to create their breads. This historical ingenuity has since resulted in the delicious range of bread textures and flavors that are currently available for modern gourmands to sample. 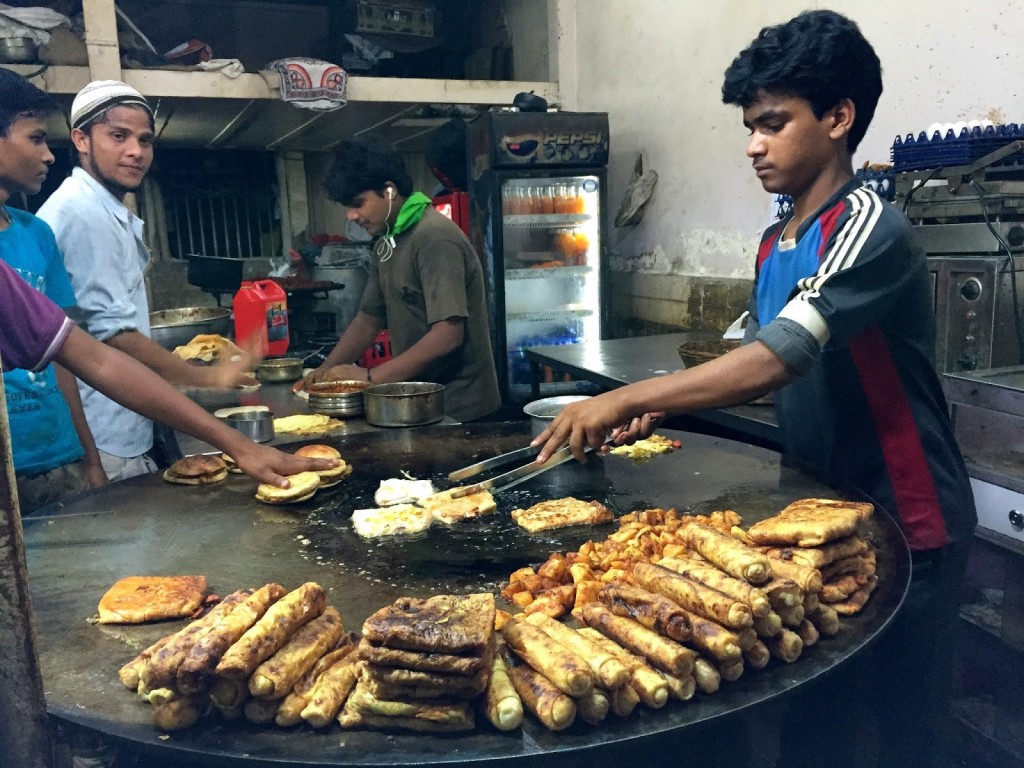 In India and in parts of both southern and central Asia, a buttery form of flatbread called naan remains the bread of choice. This treat has been in existence since at least the early Middle Ages. There is some evidence that naan was created as a result of local experiments with the yeast that had begun to be imported from Egypt around that time. 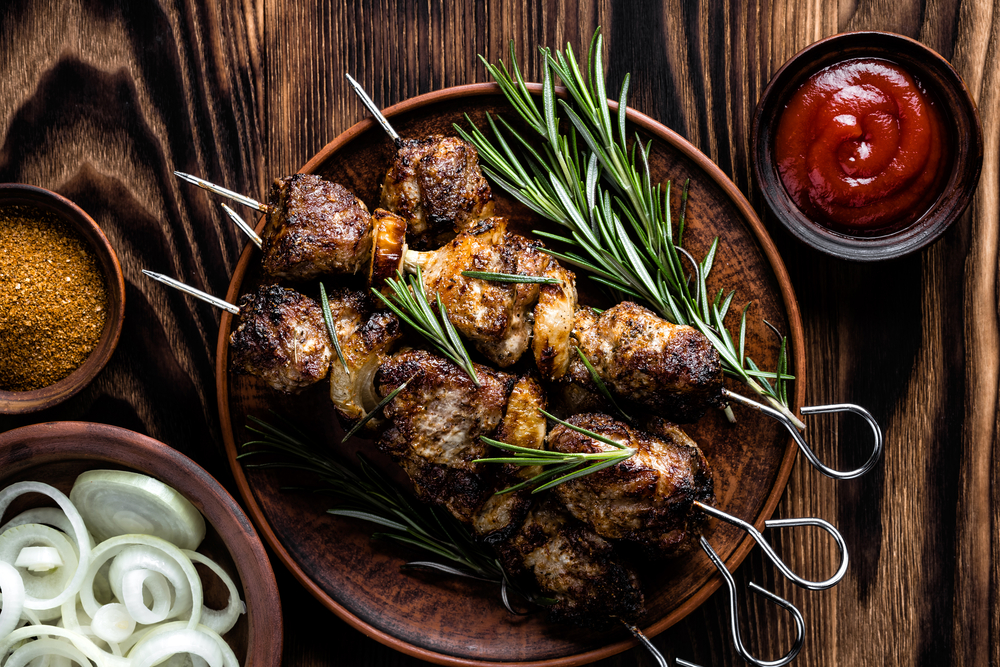 The bread that came about as result eventually became a favorite food for members of the court at Delhi. In fact, naan often accompanied shish-kabobs on the royal breakfast menus during the 1500s. However, the lower classes didn’t acquire the means to make this bread themselves until much later in history since the recipe remained a trade secret known only to affluent bakers with access to the expensive, imported yeast needed to make it. 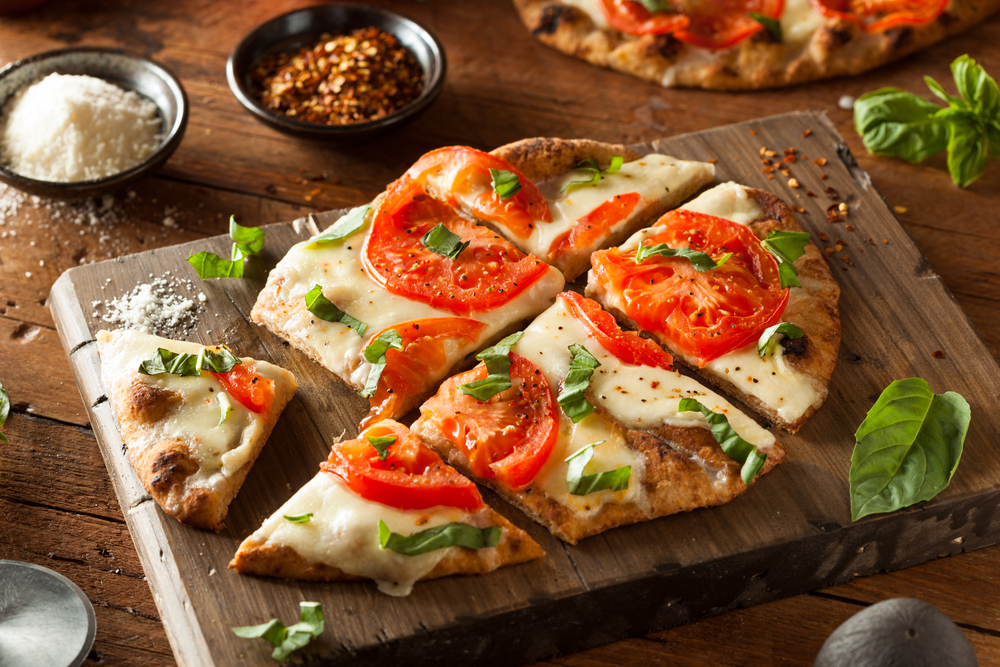 Western cultures were first exposed to the idea of naan around the 1800s, when a clergyman named William Tooke mentioned the bread in a book he wrote about his travels. The flatbread version of naan was not actually seen in Britain during the early portion of the 20th century, when the country’s first Indian restaurant began serving it up. However, the term ‘naan’ actually comes from Iran, where it had previously meant any sort of bread, not the just the very specific type seen in the modern era. 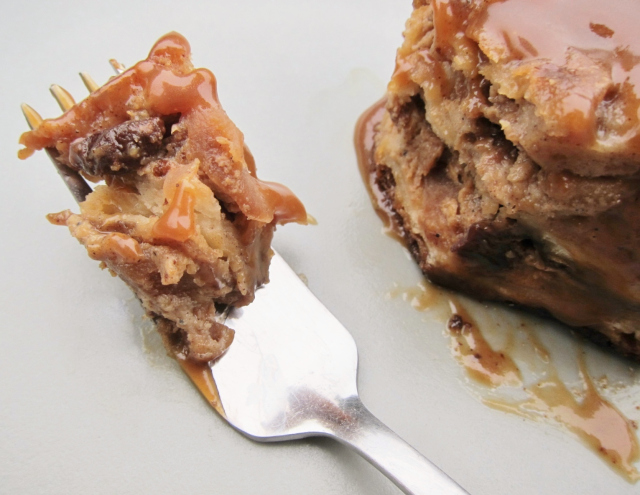 Recipes for this treat usually include wheat flour, yeast, water, yogurt, and butter. Milk may be substituted for the water in some instances, which will help soften the bread. Alternate leavening agents, such as baking soda, are also seen in modern naan recipes. Raisins, salt, sugar, and spices such as cumin and nigella seeds may also be added to recipes.

Regardless of what ingredients the cook happens to be using, the resultant batter has to be kneaded and then left to rise for a bit. After that, the puffed up dough will be pulled apart into smaller pieces and shaped into flat, circular disks prior to baking. 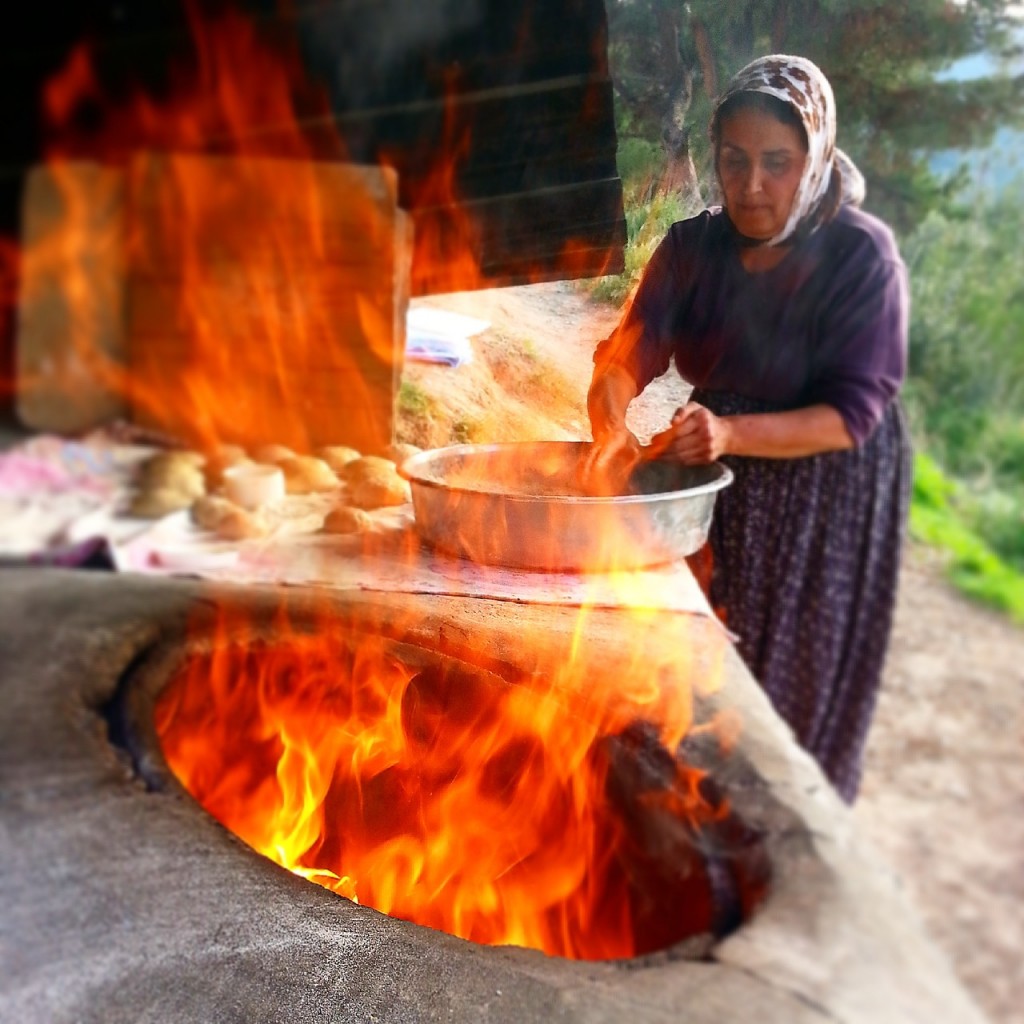 Naan would traditionally be cooked in a clay oven called a tandoor. Of course, modern chefs can use the appliances that they already have in their kitchens to accomplish such a feat rather than purchase new equipment to use for just one or two recipes. In either case, piping hot naan fresh out of the stove is usually slathered with butter and served up immediately thereafter. Some recipes even top the bread with garlic or sesame seeds as well. 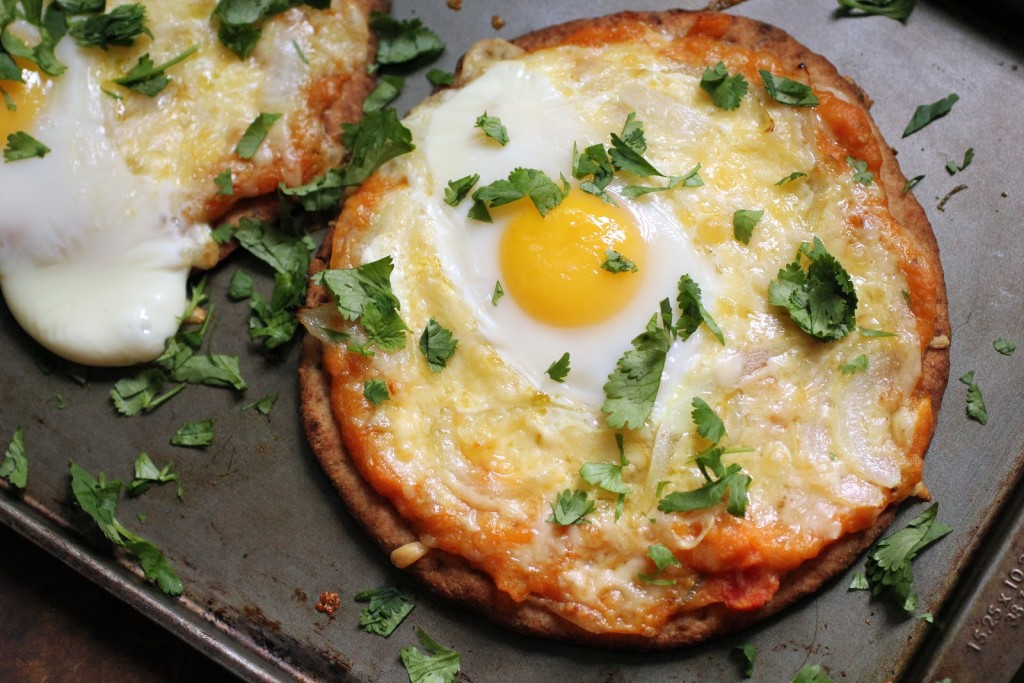 This versatile flatbread can be eaten plain as an accompaniment to meals such as soup or it can be used as a wrapper for various fillings including meats, cheeses, vegetables, nuts, and spices. In Burma, naan has historically been eaten as a breakfast food. However, modern cooks with an eye to fusion cuisine have been using this flatbread as a crunchy base for pizza toppings. But, no matter how you choose to eat it, naan is a very delicious treat that you should definitely try if you get the chance.

I hope you enjoyed this week’s Gastronome Wednesday ~ Naan. Have you ever tried it? What is your favorite type of bread? Share your experiences with us!