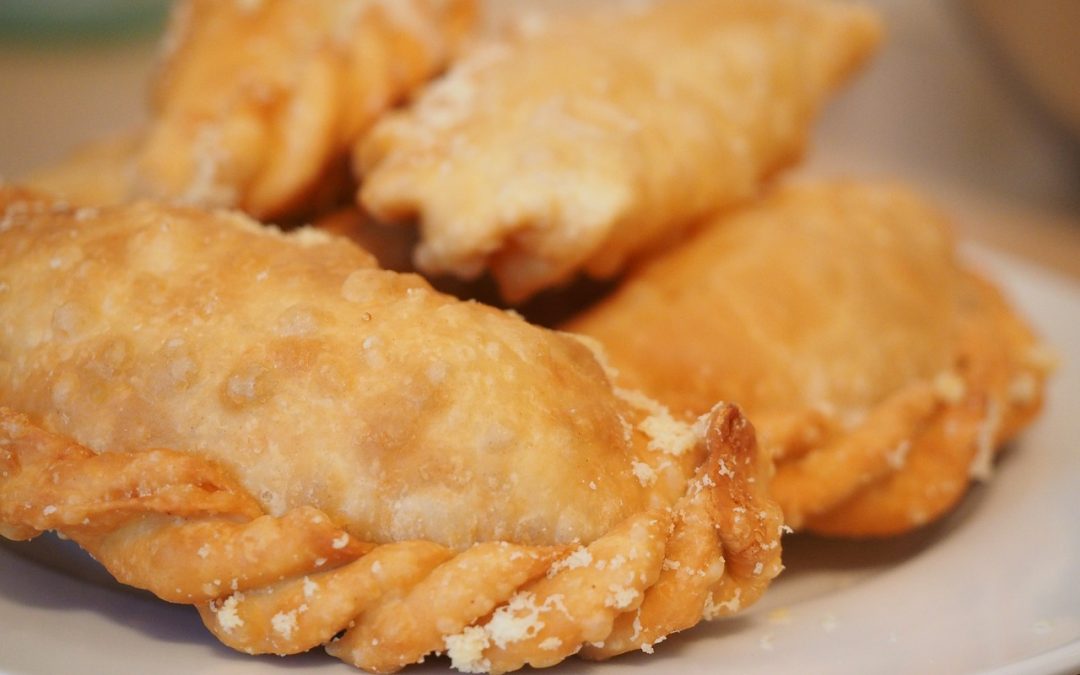 An empanada is exactly what people would think it is when they learn that the dish’s name is derived from the Spanish word ‘empanar’ which translates as ‘to cover with bread’. This week’s installment of Gastronome Wednesday ~ Empanada will have you drooling! 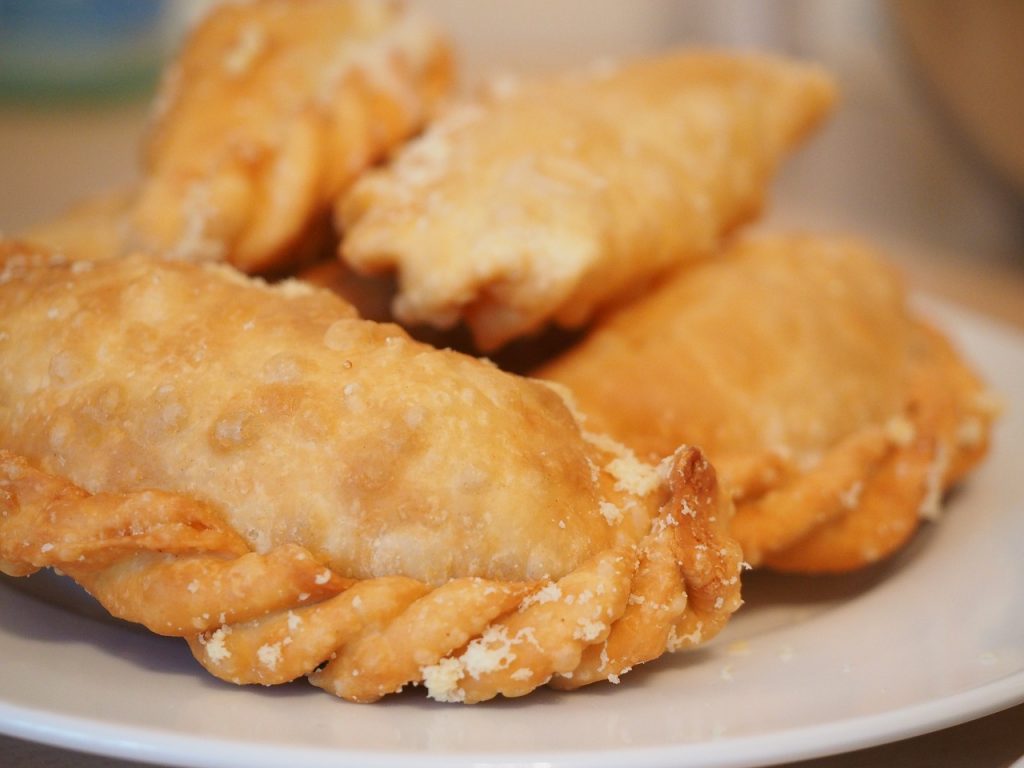 Although they are popular in both South American and Asian countries, this pastry first appeared on the Iberian Peninsula during the Middle Ages. In 1520, they made their first appearance in a cookbook and have been eaten ever since, quickly making their way around the globe.

Empanadas are sold by street vendors in many locations worldwide but what is inside them naturally varies from place to place. After all, these snacks leave a lot of choice up to the person making them.

They may be served hot or cold, with or without sauce, and the pastry dough they’re made with could contain either wheat or corn flour. Fillings likewise vary in nature. While the most commonly seen ingredient is beef, many different meats can be found inside empanadas and there is even a spicy fish version served in the Cape Verde Islands.

Naturally, each country has its own specialties. For instance, Argentinians generally seem to prefer meat fillings in their empanadas, with a few dessert types thrown in for good measure, while Indians and Sicilians prefer sweeter varieties.

Meat and vegetable combos are instead the norm in places like the Philippines and the Mallorca Islands in Spain. A savory vegetarian version of this dish can even be found in the Mariana Island Of course, many major cities in the United States with large immigrant populations may also have several different yet authentic versions of empanadas available for hungry consumers to try.

Why not grab one of these treats the next time you happen to be somewhere that serves them? If that’s not an option, there are also plenty of recipes that can be found online, making it increasingly easy for home cooks can try their hand at making these delicacies. Who knows…sample these treats and you might just find your next favorite snack food.

Well that’s this week’s installment of Gastronome Wednesday ~ Empanada! Have you had one? Did you like them? Share your experiences with us!

Are you a female traveler? Click on the picture below and join our exclusive group to learn, support, and share your experiences.