Gastronome Wednesday ~ Doughnuts – Sweet Treats From Around the World

As a global community, we are pretty much devoted to the idea of deep fried bread dough. After all, who doesn’t love a sugary, hot treat? These goodies primarily come in two varieties, filled and unfilled. Of course, no matter their country of origin, doughnut style treats are often dusted with powdered sugar or soaked in syrup for additional pizzazz. I, like most, LOVE doughnuts and have put together a list of doughnuts from around the world.

Doughnuts From Around the World 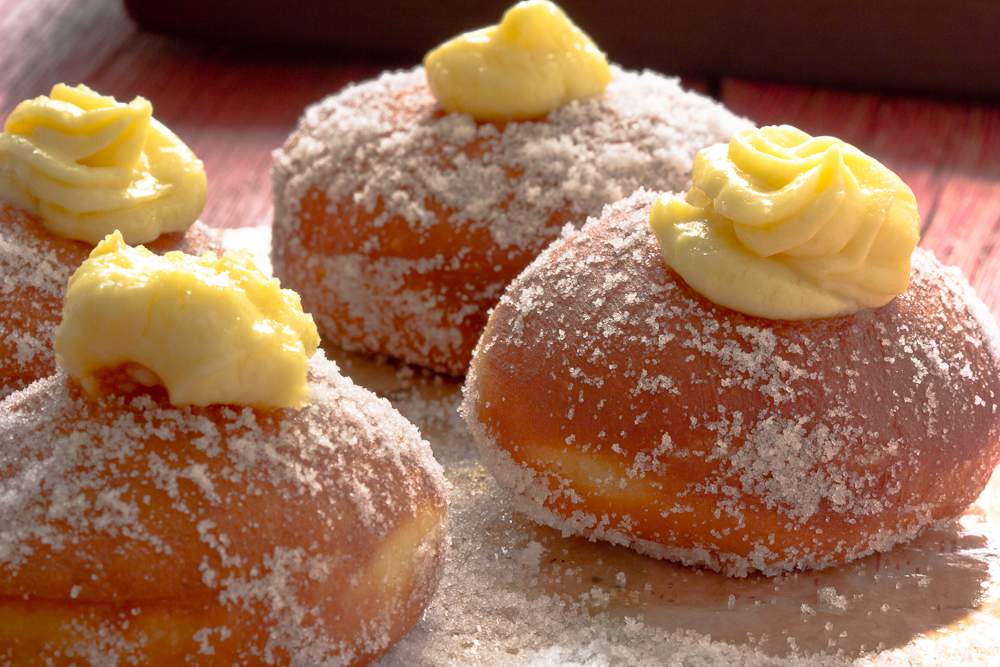 In many European countries, the doughnuts are usually made with yeast dough and stuffed with something sweet. Italians like vanilla custard fillings in their Bombolonis just as much as they like jams and jelly but Germans and Poles tend to stick strictly to sweet, fruity insides for their Berliners and pączkis respectively. 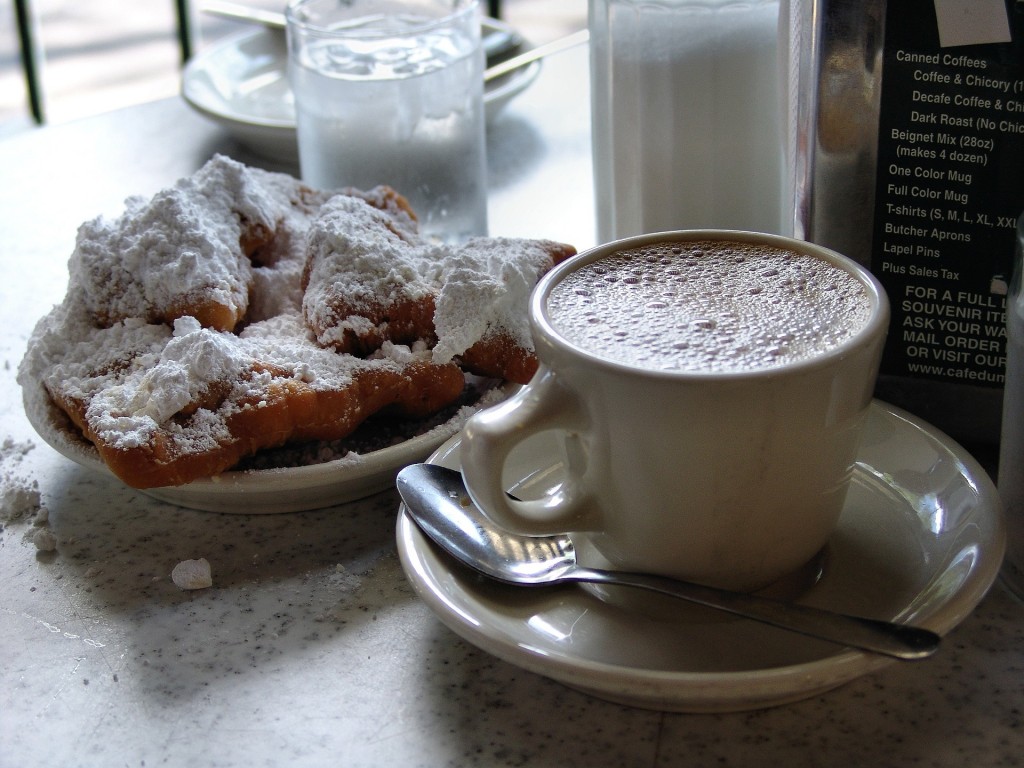 French American folks prefer to leave the filling out of their Beignets as do the French who invented the precursor to these treats, a fried pastry charmingly named “nun’s farts”. 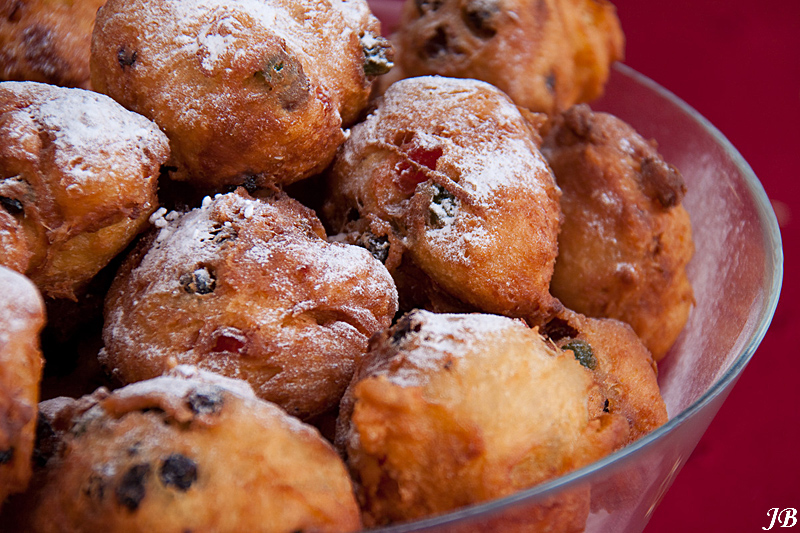 The Dutch also prefer their doughnuts san filling yet their traditional Christmas time snacks, the Oliebols, often include currents, apples, lemon peel, and/or raisins in the batter. 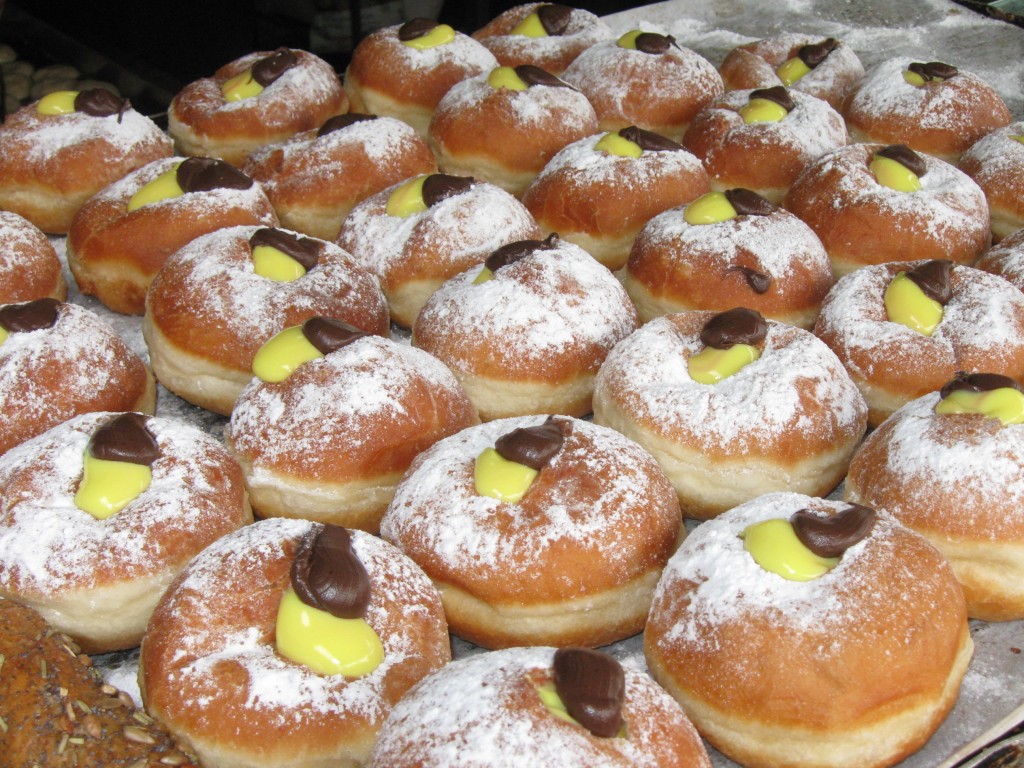 Further afield, the Israelis remain firmly in the jelly-filled doughnut camp and significant majority of their traditional Sufganiyots are made in such a fashion. However, other ingredients are occasionally seen inside these doughnuts as well. Sufganiyots are often served up quite frequently during the country’s Hanukkah festivities. 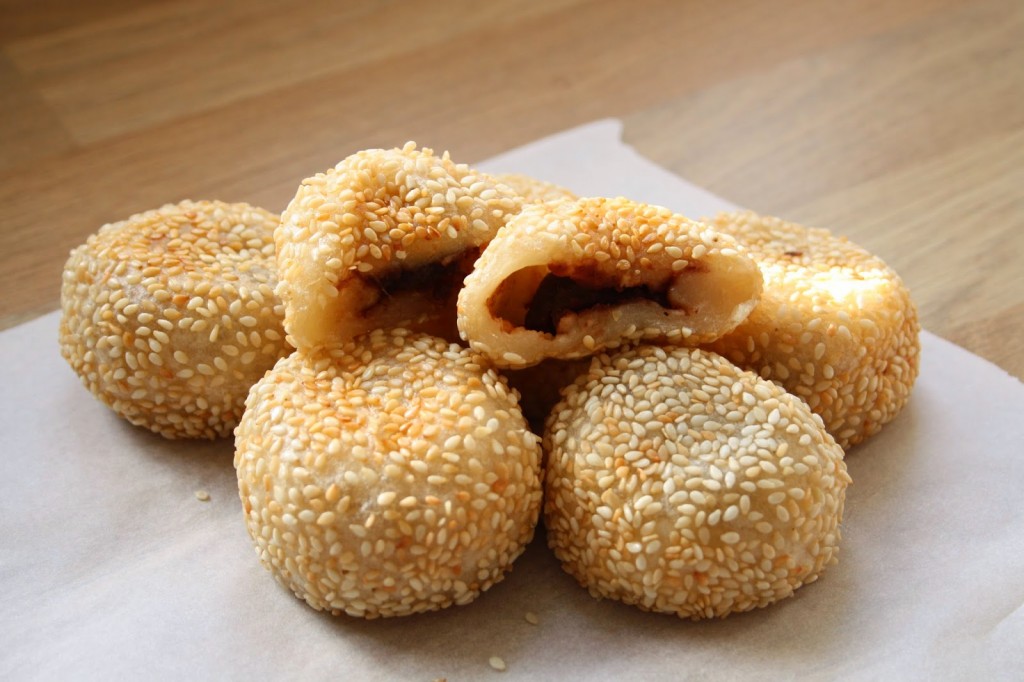 People from many different Asian countries enjoy fried pastries that are filled with a tasty red bean paste and known as an. Lotus seed paste is also a popular filling for the Chinese Jin deui doughnuts, which are generally topped with sesame seeds. 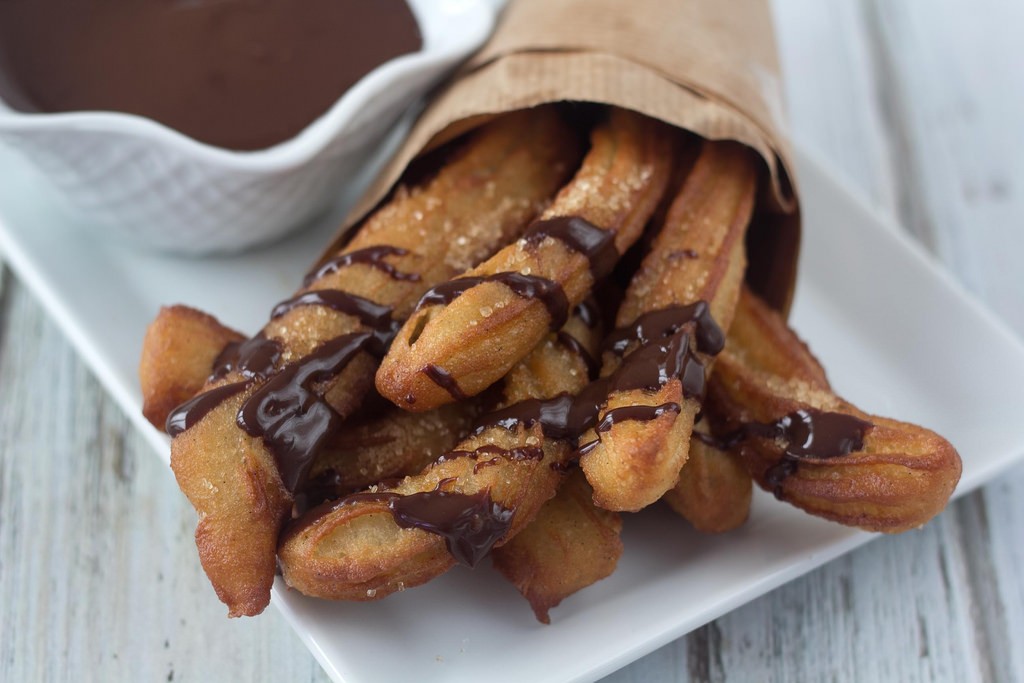 Mexicans seems to agree that doughnuts need something inside them, with cream or Dulche de leche being their preferred filling of choice. Their ridged treats, called Churros, are stick-shaped and usually topped with powdered sugar. Churros are often served with hot coca or chocolate dipping sauce. 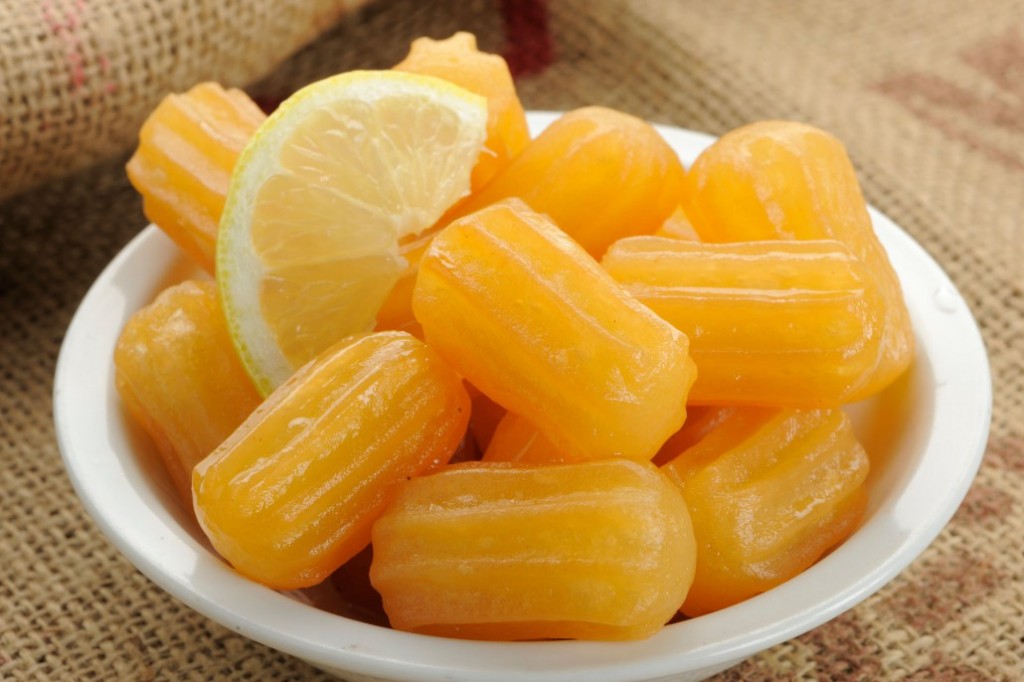 In Turkey, ridged doughnuts called Tulumbas are a popular treat. These oval confections are usually piped into hot oils and covered in sticky syrup after they have been cooked.

Cinnamon sugar-covered Buñuelos are likewise very popular in South America but they tend to differ in form from country to country. Spherical shapes can be found in Columbia and saucer-like confections are more often seen in Mexico. Honey may even be served with either of these treats as a dipping sauce. (A Portuguese Sonho is very like a Columbian buñuelo as the only thing different about them seems to be the name and country of origin.)

Greece’s doughnuts are called Lokma or Loukoumades. The difference between them and the Buñuelos that are seen in South America is that Lokmas are first bathed in honey then sprinkled with cinnamon sugar rather than the other way around. 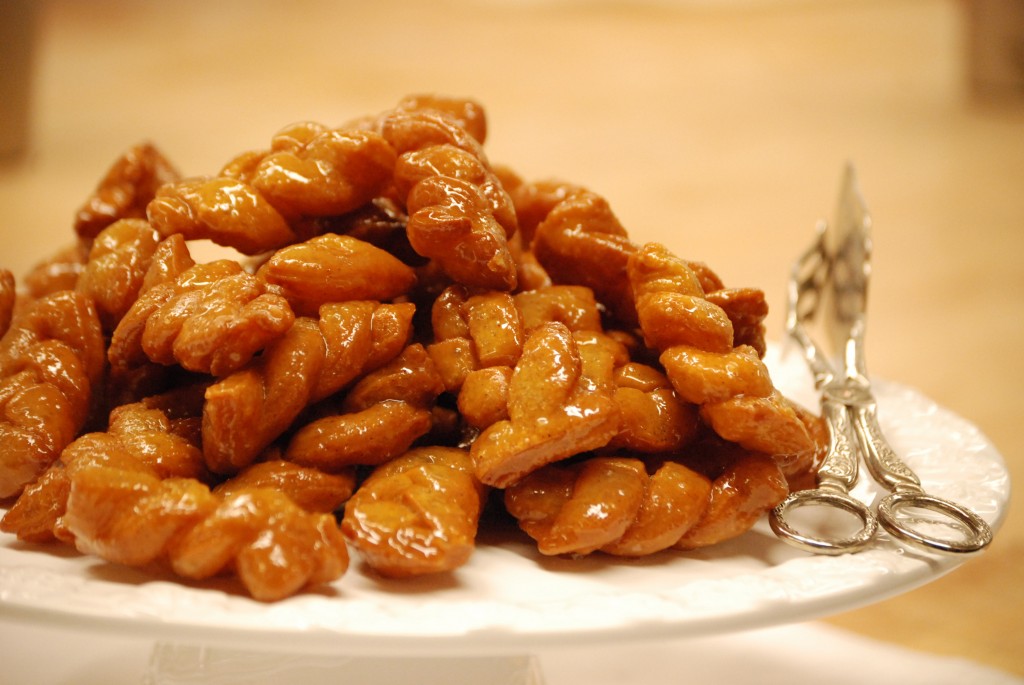 Another doughnut variety called the Koeksister can be found in South Africa. The Cape Malay version of this dessert is a spicy, cake-like confection that is typically covered in coconut flakes. 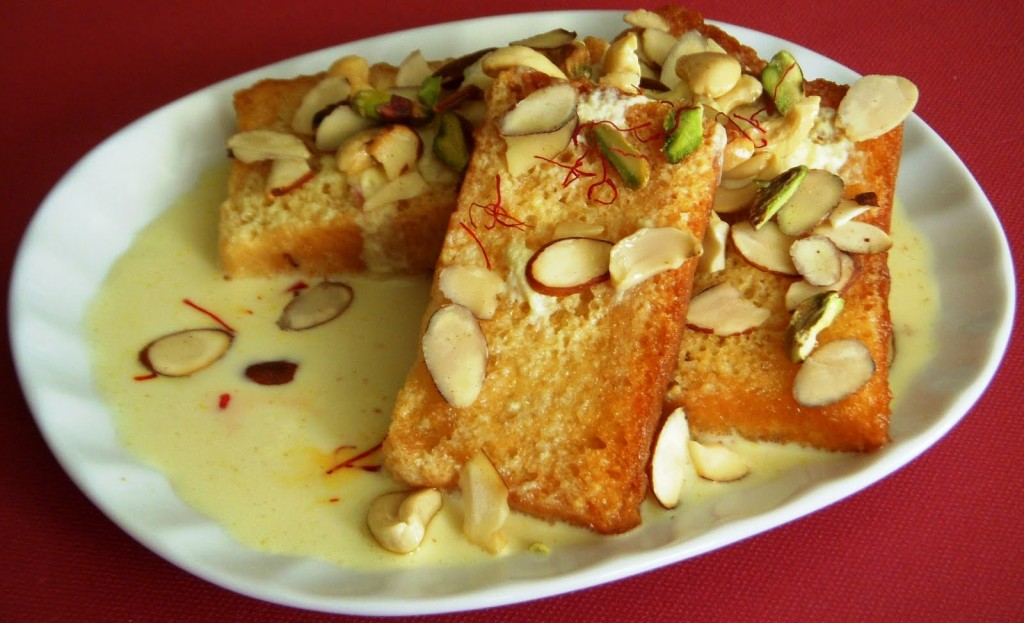 Fried bread pudding (Shahi tukra) is very popular in India. It too is soaked down with a sweet sauce which in this instance might contain rosewater, cardamom, and/or milk. 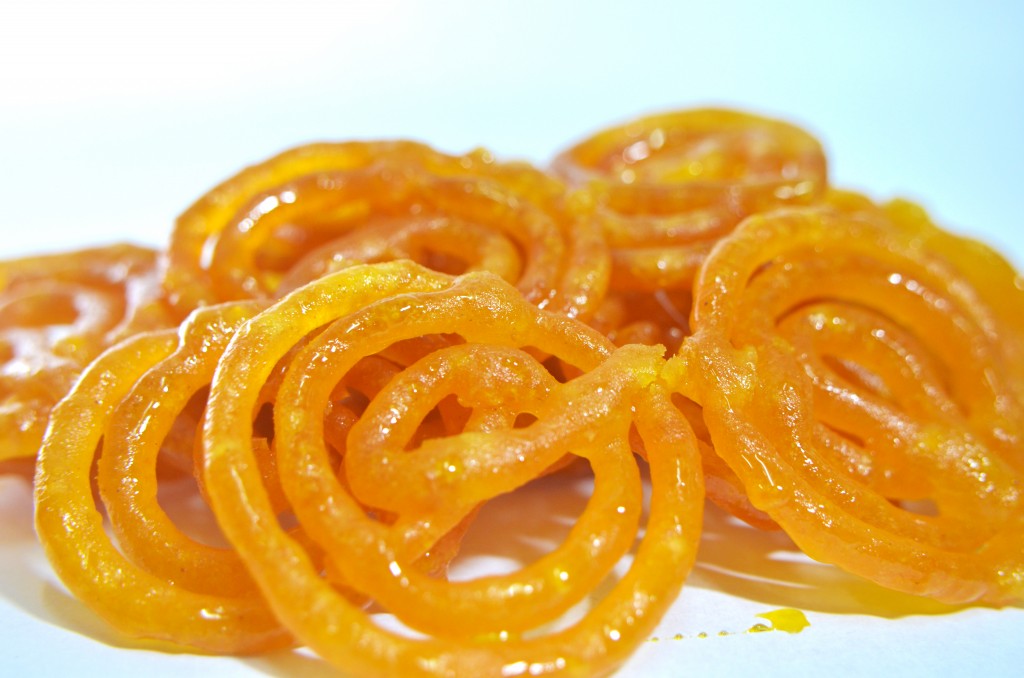 When discussing doughnuts from around the world, one particularly interesting fried confection, the Jalebi, comes to mind. This popular street food comes from Asia and parts of the Middle East. It looks very much like the funnel cakes that are often found at fairs in America. While the American funnel cake has some height to it, Jalebi is flatter and tends to be more ring-shaped than square in appearance.

This treat is also far less dense and more brittle than its American counterpart. While funnel cake is often topped with powdered sugar, the much chewier Jalebi is typically soaked in saffron syrup. All the same, both of these sweet fried treats make great additions to the world’s many doughnut varieties.

Of course, no matter how you bake them, the doughnut is a treat with universal appeal that is bound to pop up regardless of where your travels take you. I hope you’ve enjoyed my list of doughnuts from around the world.

Have you every tried any on the list? What are your favorites? Share your experiences with us!